Day 8 #NHBPM: A Letter to My Health

I wonder how you think I’ve been treating you lately. I admit it isn’t the same intense, hot love that we had back in 2009 when all I thought about was you, all I dreamed about was you. I know, I was kind of borderline obsessed with you, but that was only because I’d neglected you for like, decades, and you gave me that big scare that made me think you were leaving me forever.

I admit that the last year has been kind of bumpy. I know that I sort of was giving lip service to the fact that I cared about you, but that sometimes my actions spoke otherwise. That was not so great of me.

I really want you to stick around. For a long, long time. I think I’ve been trying to figure out all the different things that I need in order to keep you around. I used to think that you would only love me if I exercised all the time and was really strict about what I ate. But then I realize that you are more attached to me than I ever realized and that if I didn’t take care of all of the parts of me, then you would suffer too.

I’m realizing so many more things about our relationship lately – that you need to sleep and rest. That you actually LIKE it if I take time to write. I used to think you were jealous of my writing and that I couldn’t spend time with my writing and have you too. I didn’t really get that you guys are like BFFs. Wow.

I used to think that you only liked doing a few things and I think maybe our relationship got into a little rut and I started feeling bored. I didn’t realize that you liked doing so many of the same things that I do.

Did you know that I’ve been writing about you for 8 days in a row? (how’s that for attention? are you feeling it??) And I’m going to be doing it for the WHOLE month of November. I know! You must be in shock.

Guess what? Some of my favorite people are also writing about their health, too. Isn’t that cool?

Anyway, I just wanted to acknowledge that I was not the best friend I could’ve been. I was trying, but you know how you can be trying and still be sort of “off.” My intentions were good but hey, this is a really long term relationship and sometimes we just make mistakes. I think I can say that I learned from them.

Let me ask you. What did you think of that triathlon training last year? I know it was pretty badass. YOU were a badass and you did things I really never believed were possible. But I also think I was beating up on you a bit too. I don’t know. Maybe it was my mind beating up on both of us. I still have to mull that one over.

This next year, let’s do some more running. Like a couple of half marathons. You want to go to Disneyland again? Let’s dress up for the Tinker Bell Half. I promise it won’t be anything dumb, just something fun and comfortable. Definitely a tutu and maybe some wings? Or just sparkles.

Then I’m going to take you on a half marathon tour of OUR TOWN – yeah, the Oakland Half Marathon! We’re going to see so many of our friends. I’m super excited about this one.

I’m reallly excited to train, with like a REAL running coach, and a team, this time. I know how dumb it was to try to drag you out for half marathons in the past (remember Las Vegas? Yeah I don’t want to either) when I didn’t really know what the heck I was doing. But you should be pleased to know I’ve joined Team in Training again and we’re going to do it RIGHT! With lots of cowbell and support. And of course you know this means you’ll be wearing a lot of purple in the months to come. Heh.

Well, body, we’ve been through a lot. I want to let you know I appreciate you. I’m going to be taking better care of you. I know you’re feeling kind of tight and that you’ve got some aches and pains. I’m going to get that taken care of. Maybe some PT. Maybe some Pilates. I’m not going to ignore you when you’re crying. I love you!

That’s it for now. I like writing to you. Now the question is  – are you going to write me back? 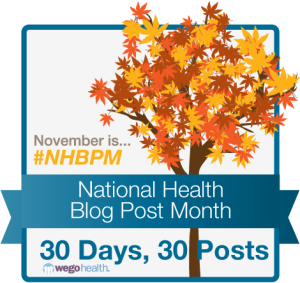