In Which Preparing For Fitbloggin’ Saves Me 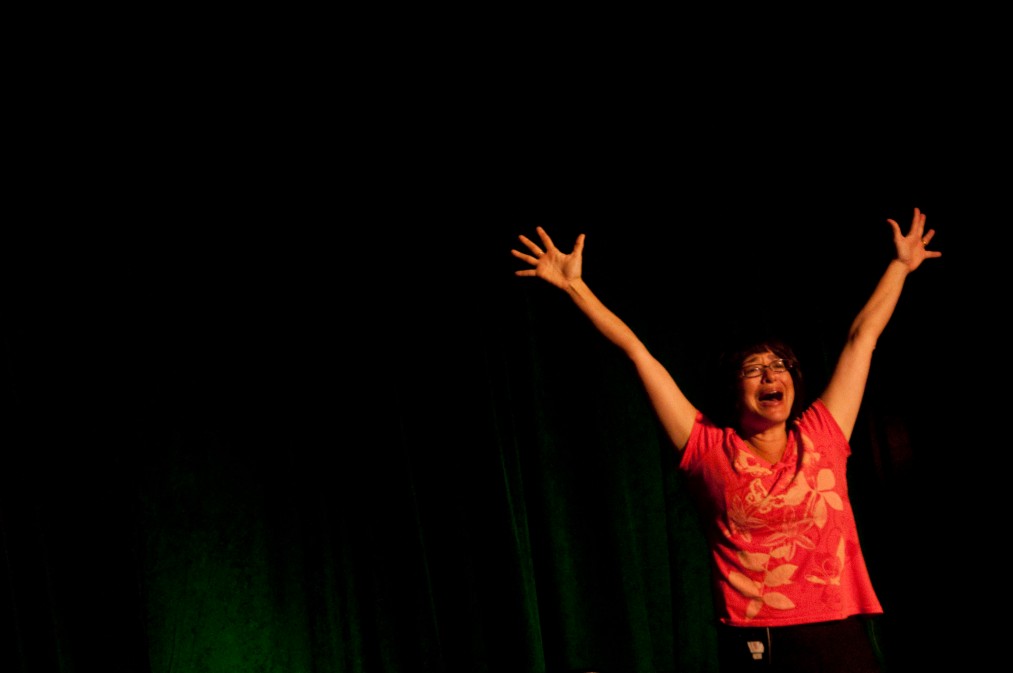 Fitbloggin’ 2012 is just ten days away and the Twitter/blogosphere is really starting to buzz with excitement. I’m excited too – to reunite with friends, to meet and connect with new people, and to just be in the wonderful atmosphere that is Fitbloggin.

But I’ve had some trepidation. I’m not at all in the same place that I was at Fitbloggin’ 2011. In May of 2011 I was actively blogging – many times a week – and was really feeling great both fitness and blogwise.

This time – not so much. It’s been a struggle to keep up with regular blogging. I feel like every time I sit down to write, I’m apologizing about not writing enough. This year has meant a lot of job transition, which means I rarely feel “caught up” enough to blog. I’m often staying up until 11:00pm just trying to get a grip on my job’s paperwork. Only recently have I just started to feel like I might be getting the hang of things, and maybe, just maybe, I can complete my work during, you know, regular work hours.

Now that Fitbloggin’ is just around the corner (how did that happen?!?) it’s forced/allowed me to really think about what’s been going on this past year. There is a phrase that floats around the blogosphere: if a fitness blogger stops blogging, it probably means they’ve fallen off some wagon or another.

That’s both true and not true. It is, as they say, complicated.

A year ago, I was high about Fitbloggin’ and the fitness world. I was preparing to get certified as a Personal Trainer with a specialty in Corrective Exercise. I was studying, I was really into it. I was planning to start my own business in personal and group fitness, awareness, body image and food. I was going to call it (get this!) FoodFoodBodyBody. I took several seminars in Small Business ownership. I set up a business account. I joined a network of women working in health and wellness. I was so pumped!

And then what happened?!

About that time I signed up for my first triathlon training. And while that event was one of the most arduous-yet-meaningful experiences, one of the greatest challenges and accomplishments ever, I think it was the beginning of my unraveling. I thought I was going to turn into a lean, mean triathlete machine, but instead I ended up putting on weight. And no, it wasn’t “all muscle.” During the training I had to wrestle with a lot of person demons. I was afraid of my bicycle. I had panic attacks when I tried to swim in open water. I was always the Very Last Person during our training workouts, and slowly this began to wear at my self-confidence. And as I spent weeks training, I got more anxious and nervous. I started doing a lot more comfort eating. I tried to justify it by telling myself I was working out a lot more, but the fact was I was self-soothing because I was so damn scared.

During that time, when my self-doubt was peaking, I started doubting my business plan. I was thinking, who the hell am *I* to tell anyone else what to do in terms of fitness or healthy eating? So I started backing away from that. I started building all sorts of roadblocks to actually accomplishing that goal which had once excited me so much.

I finished the triathlon. Or, I sort of finished it. I felt good but I also felt crappy. I couldn’t help feeling like I had cheated somehow. So what did I do? I signed up for the Hike Team – during which I injured myself – and then I signed up to do ANOTHER triathlon. I know. What was I thinking? I wanted a do-over. I wanted to Get It Right that time. But because of my injury, and my frazzled self-confidence, that one didn’t work out the way I had planned either. I dropped out of the Maui (Olympic) Tri and instead did the Wildflower Mountain Bike (aka Sprint) Tri. Which was on one hand an accomplishment, but again, it didn’t solve the problem of Getting It Right.

During all of this, I look back now and I see what my worse mistake was: I stopped blogging.

I think if I had openly chronicled (I mean really chronicled) all of the self-doubt, all of the decisions, the comfort eating, the freakouts, I think it would have taken care of itself. I mean, that’s the lesson of this blog. Being honest and out there kept me healthy for over two years. But hiding away almost threatened to put me back where I started.

Also during the last year, my beloved endocrinologist left the group practice. I was devastated. I felt abandoned, and I acted out. (in a way that could really only hurt myself) I stopped tracking my blood glucose, stopped eating so carefully, and never made an appointment (until last week) with a new doctor. I was pouting. I was really sad about this. But of course that didn’t help the course of things.

I’ve been rewriting/rehearsing/freaking out about my performance at Fitbloggin’. It will bear some resemblance – but only about 50% – to last year’s show. There’s a lot more I’ve gotta say/show/express. I’m hecka nervous about it. But also excited. Because the stakes feel greater somehow. I’m not just doing a show about how Totally Awesome my “journey” has been – but also this time – how kind of un-awesome and humbling and HARD it’s been.

But the very act of being honest is, I think, (or, I KNOW) – where the good stuff is. I’m relieved and happy to be getting back to basics. Which for me isn’t so much about working out in any particular way, or counting calories. It’s about being Real.

17 thoughts on “In Which Preparing For Fitbloggin’ Saves Me”