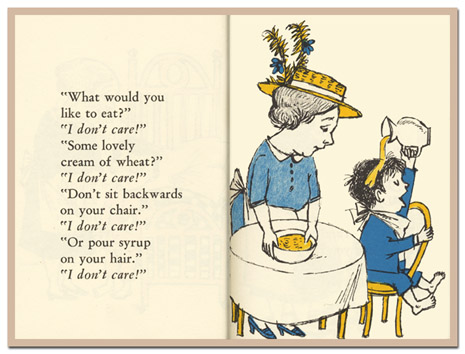 Why did it shock me so much? Because I feel so… equipped, you know?  Last week I caught a glimpse of a number on the scale, the likes of which I had not seen in Years. I felt so on top of things.

But then, late in the week, I got a call from my Offspring-in-Distress, and it unhinged me more than I can say. I flew to her side. The plan was that I was going to hang with her,  keep her company, and that we would both go to her gym together. But she was sick. She could not work out. We ate several restaurant meals. And so the days slipped by and I didn’t want to leave her, so I did not work out either, until the very last day and I took that freezing cold run. Then I had to leave to come home. By this time I was in a HIGH state of distress. She was still sick.

When I landed for my connecting flight, I received a text message that the health center had diagnosed her with mono.

By this time I was really distraught. All my nattering on to my WW meeting last week about “what to do other than eat when you are feeling emotional” went RIGHT OUT the window. I wanted pizza dammit! Now I KNEW (intellectually) that pizza was 1. Not REALLY going to make me feel better, and 2. Certainly not make my KID feel better, but… I DID. NOT CARE.

There was something in me larger than that knowledge. It was a roaring flaming pit of hell sort of furnace that was just … FEED ME. Here’s the funny thing. I tried to get a pizza. But the pizza people said it would take 7 minutes to prepare (this was the fancy shmancy California Pizza Kitchen,  not Pizza Hut!). I did not HAVE 7 minutes because my flight was boarding. So I got a cup of vegetable soup instead. Hahahahaha! I felt like somehow, the Universe was looking out for me.

When I arrived, I discovered that my suitcase did not arrive with me. That was thing one. Then the parking lot shuttle bus took over half an hour to arrive. Thing two. I was exhausted. Then when I finally GOT to my car, it was… dead. I lost it. Thankfully, the parking lot people had seen this before. I did not need to call AAA. They helped me locate the Extremely Hidden Battery (in the trunk) of my hybrid, and eventually got me on my way (another 40 minutes). By this time I was a zombie.

Next day. (yesterday) I did not hear from daughter for most of the day, in spite of my incessant motherly texting and calling. Hopefully she was sleeping. THEN, all hell broke loose. I ate things I haven’t eaten in a long time.

And it wasn’t so much what I ate. It wasn’t the fact that I gained all sorts of poundage since last week. It was the absolute Lack of Caring. Which shocked me. Last night I would say was a big huge low point.

I am concluding, with great humbleness, that the combination of Big Stress + Not Enough Exercise, is what put me over the edge into this place that I truly felt I had left behind forever. Wow, it shocked me.

Thankfully, it only lasted a few days. The damage is not huge. I finally heard from my kid and I believe that things are going to be OK, even though they are hard.